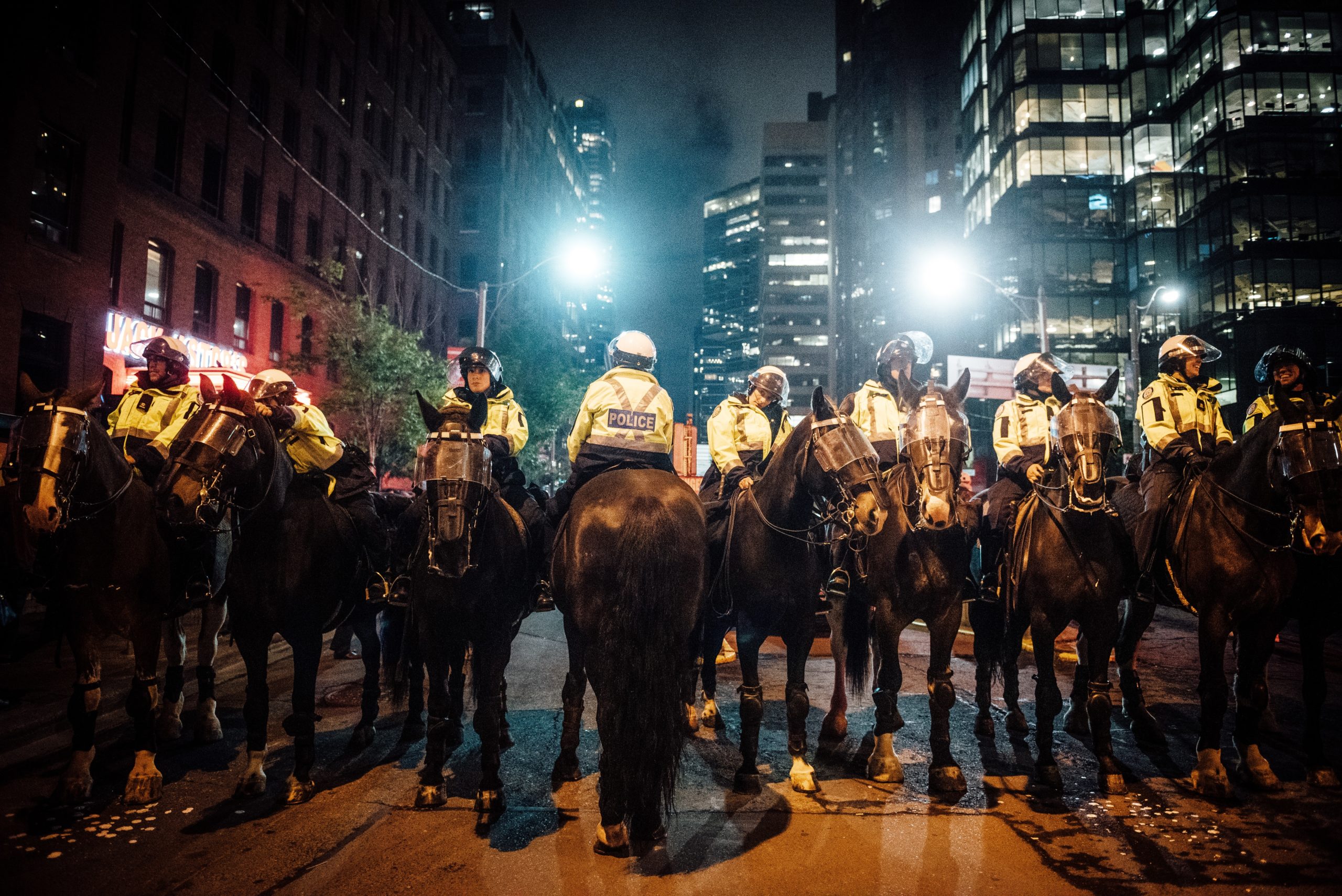 The Durability of Whiteness: A Review by Candace Jordan

Throughout Asian Americans and the Spirit of Racial Capitalism (Oxford University Press, 2021), Jonathan Tran asks, “What is racism for?” In an effort to uncover what best explains racial inequality, Tran does not find adequate an account of racism grounded in individuals’ false and pernicious beliefs about races. For example, overincarceration and voter suppression of Black and brown people is not due in the first place, on Tran’s account, to ignorance of their humanity or beliefs in their intellectual or moral inferiority. Similarly, the spike in violence against Asian-Americans is not due to confusion about their status as fully human. In other words, racism does not issue from an ontological mistake about the status of persons. And so antiracist efforts primarily aimed at correcting false beliefs about races will necessarily fail, because racism does not first issue from stable accounts of race. Tran puts the antiracist’s confusion clearly: “These are failures of empathy, not ontology, matters of convenience not metaphysics” (70).

The antiracist work must move beyond the task of correcting people’s false beliefs about race (that brown people are lazy or criminal, that Asian-American’s, if such a category can be said to exist at all, are hard-working and prize education, etc.). Tran’s recommendation for truly liberatory anti-racist work is clear. Following from foundational works of Black Marxists, Tran insists that those committed to antiracism must ask ourselves what important work racism does. What is prior to and more fundamentally at issue in precipitating racial justice requires addressing the question ‘What is racism for?’ What does race do?

His answer is straightforward though not at all simple. Race ideology (overwhelming captured in a black-white binary where whites are superior, Blacks inferior, and Asian-Americans are marginalized given racism’s binary character) is not an independent causal factor of racism. Rather, racism justifies dominative exploitation. An economic analysis more helpfully explains racism than does personal bias and false belief. Writing in the wake of the Black Marxist tradition, Tran affirms, “Racism helps set the conditions of domination necessary for capitalist exploitation, just as exploitation in turn elicits the justification that, under conditions of domination, racism provides” (68). Further, “Capitalist exploitation does not start with ready-made abstractions that first divide the world neatly—by whatever philosophical or theological schematization—between humans and nonhumans. Rather, the process of exploitation produces those distinctions” (69).

An important contribution of Tran’s locating exploitative domination as racism’s internal logic is that his account uncovers how domination produces the very facts that it claims legitimizes the domination. The dominative exploitation purports only to describe that which it in fact creates. Tran’s account of racial capitalism reveals that capitalist exploitation produces racial hierarchy, and only then is race retrieved to justify the domination. For example, Black and Latino people are incarcerated at rates higher than other racial groups. These patterns, floating free from the awareness of the influence of systemic discrimination and the history of 1870s Black Codes, prison farms, and convict leasing seem to justify decisions about the policing of black and brown bodies. Indeed, in his second chapter, Tran forcefully argues that the processes and commitments that undergirded chattel slavery mimic the aftermarkets produced by contemporary capitalism. These enduring aftermarkets include “carceral populations, housing disparities, food deserts, environmental racism, educational inequality, scapegoating, appropriated culture, sexualized bodies, employment discrimination, tokenism, exoticized beauty, and so forth” (80). Tran’s economic analysis puts him in the good company of Catherine MacKinnon, who argues that “the more inequality is pervasive, the more it is simply ‘there.’ And the more real it looks, the more it looks like the truth.”[1]

What then does Tran’s analysis of racial capitalism mean for the work of the antiracist, especially if the goal is no longer to get one’s beliefs about race straight? Tran urges those committed to the work of antiracism to resist the tantalizing yet illusory picture of reality that racial capitalism produces. This will involve undermining not only the content of racist ideology via the task of correcting false belief, but more importantly the aftermarket effects that seem to justify bankrupt race thinking. One upshot of his analysis is that it invites his audience into liberatory struggles that do not need to deal in constantly shifting racial abstractions. Rather, Tran’s antiracist can begin by ameliorating or disclaiming those processes through which category mistakes issue.

For example, promising antiracist efforts include the Movement for Black Lives responding to the social reality of inordinate black incarceration and police killing by working toward redirecting police funds toward social services that improve homelessness, mental health, and education. The Movement for Black Lives aims to ameliorate racism in part by attending to those sites of inequality (policing, housing, education, health, etc.) that function to produce a world where Black life is despised. Tran’s engagement with the Redeemer Community Church and Rise University Preparatory School provides a vibrant case study of similarly radical political economic activity that resists participation in (racist) capitalist systems of exploitation. Redress importantly involves both demythologizing racist ideology and transforming the material structures that facilitate dominative exploitation (194).

While Tran’s economic analysis is compelling, I find myself left with similar questions as those raised by Dr. Jessica Wai-Fong Wong in her thought-provoking contribution. While I am persuaded by Tran’s account of race as a practical tool retrieved after the fact of domination that justifies what it purports only to explain, I invite Dr. Tran to say more about those habits of mind that issue from the aftermarkets of racial capitalism while facilitating practices that produce and entrench racial inequality. In shifting his analysis of race away from personal attitudes toward an economic analysis, Tran writes, “While still present, de jure racism—with its personal attitudes, cultural beliefs, legal sanction, and targeted discriminations—takes a backseat to the de facto racism that now drives the process” (80). Tran’s analysis surely does not disregard hateful attitudes and belief as instantiations of racism, but I am curious for him to say more about when habits of mind do prefigure practices that produce racial inequality.

What is the possibility that individual attitudes, in addition to racial capitalist practices, also reproduce racial inequality? What can be said about those cases where, though racism becomes less economically useful, the ontological mistakes remain virulent and impede racial progress? Linda Martín Alcoff reminds us in her The Future of Whiteness that some white people often identify ideologically such as to prioritize their racism above their economic, social, and political interests. Alcoff writes, “It would be a mistake to think that the sphere of the imaginary is completely distinct from the sphere of rational action. In fact, the imaginary of whiteness can drive the articulation of our rational interests, given our attachment to certain self-understanding and what is required for social respect or acknowledgement. Whites have demonstrably chosen race-based over economic interests when, for example, they choose to work for less pay in a non-union hospital with a larger white workforce rather than in a unionized hospital with a diverse workforce, or when they vote for white candidates less likely to deliver services they need than for candidates associated with multiracial constituencies.”[1] What explains this clinging to mythic ideology even when dominative exploitation lose its economic value? I echo Dr. Wong’s recommendation to be cautious of losing sight of the “imaginative and psychological” aftermarket effects of racial capitalism. If capitalist technologies indeed supplied the “formations in human cruelty” required for the operation of racist regimes, bending the human soul toward the work of racial capitalism (69), surely these deep deformities outlast their economic usefulness.

Tran forcefully argues that, “Americans who resist antiracist efforts do so not because they suffer fragile psyches (by dint of being white or what have you) but because at some level they know that they have the most to lose should society be reset toward more just orders” (294). I think Tran is right that the antiracist’s efforts to change minds without changing structures is doomed to fail. I can imagine as a counterargument to my concern (that mythic beliefs in racial superiority may endure even in the absence of their economic or political usefulness) that even when racism no longer functions for economic domination and exploitation, that does not preclude individual’s and groups’ striving for those exploitative aftermarkets. And yet, I remain curious about nature and value of ideological identification in relation to (and in the absence of) economic benefits that such identification may yield.

Tran’s dissuading the identarian antiracist from reinscribing pernicious views of race via comfortable and familiar strategies may seem daunting. Yet he gifts his reader with the invitation to think generatively rather than prefiguratively about social and economic relations, setting aside that which cannot be refashioned for just use.